What are Dow Jones Industrial Average Points That Are Always Gaining and Losing? 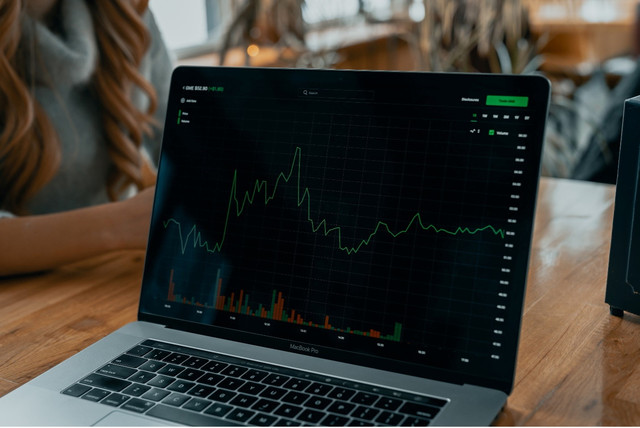 To understand how DOW JONES calculates its points, we need to look at things from the beginning. In this blog post, you will find everything you need to know about DOW JONES industrial average.

The daily news wouldn’t be complete without a piece about the stock market. If you’ve been following stock market news and keep seeing DOW JONES industrial average points fluctuating without a clue of what they are, you are in the right place. Many beginner investors aren’t aware of stock exchange points, which makes it difficult for them to understand how an investment works. In this blog post, we will explain what are DOW JONES industrial average points. So, keep reading to learn more.

Most of us don’t know what DOW JONES points are and never dare to question them because it seems like basic knowledge. But, in this post, we will explain everything about stock exchange points. However, DOW JONES only consists of 30 blue-chip companies. Therefore, it’s not the best representative of the entire stock market. However, it’s a good place to start and easy to understand.

Since DOW JONES has all the top-tier companies under its umbrella, it’s a somewhat means of predicting the financial position of the US. However, it is not entirely accurate. The DOW JONES industrial is an index of blue-chip companies that make the most revenue. In simple words, these companies act as the stock market’s barometer. Therefore, the DOW takes the average value of these companies every day to determine if there has been a positive or a negative change in their value. Since companies listed on DOW JONES earn and lose billions of dollars, there had to be a simple way to visualize the changes in these companies. Hence, DOW JONES industrial average points were created.

Instead of representing the earnings and losses of the industries listed on DOW JONES in monetary value, points are allotted to make things simpler. For example, if companies listed on DOW JONES earned $639,986,345, the industrial average would simply say that the DOW JONES went up by 100 points; this has made it easier for investors to know where the economy is headed and the improvements that are either coming or about to come.

How DOW JONES Calculates Its Points

The calculation for DOW JONES industrial average is straightforward. To understand this, we need to start from the beginning. When DOW JONES started, it only had 12 companies. DOW JONES would simply calculate its points by dividing the total earnings of all the companies per day and divide it by the number of companies listed on the exchange (DOW JONES). However, as more strong companies were indexed on DOW JONES, the exchange needed a new method of calculating its industrial average. To understand this, we need to make a hypothetical exchange.

Assume that Proficient Trader exchange has 10 companies with a total earning of $1,000. Divide it by the number of companies, and we will get the industrial average. However, if one of the 10 companies earns less accumulating to $950, dividing by 10 would not give a sufficient answer because the industrial value is unchanged, and only the earning per day has been affected. Therefore, to compensate, $950 is divided by 9.5 for a sufficient sum.