The 5 Most Diversified Companies in the Stock Market 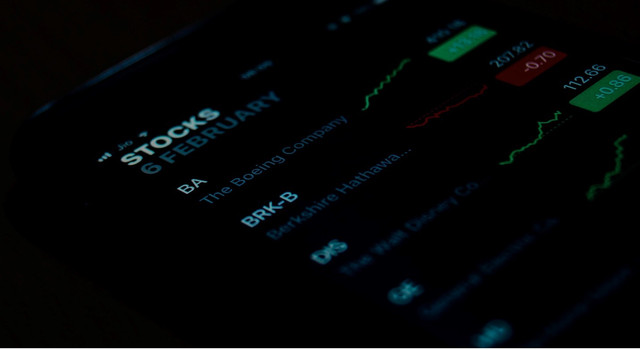 Looking for different ways to minimize trading risk? Try investing in some of the most diversified companies in the stock market with multiple revenue streams.

One of the prerequisites of becoming a good stock investor is having a diversified portfolio. However, this doesn’t always mean holding a mix of stocks, bonds, and other securities. It also means investing in diversified companies or conglomerates with several businesses and revenue streams to minimize their risks. Diversified company stocks often fall under the Blue-Chip category and include large, multinational corporations with a great brand reputation.

In this post, we’ll explain the reason for a company being considered diversified and share our top 5 picks of the most diversified companies in the stock market today.

What Is a Diversified Company?

A diversified company is a company that owns several unrelated business domains by either merging with other companies or entering a new line of business on its own. Stocks of publicly traded diversified companies are influenced by several revenue streams, and therefore, they’re more likely to sustain growth even during economic downturns.

The 5 Most Diversified Company Stocks in the Market Today

Most people think of Johnson & Johnson as a brand that makes baby oil, shampoo, and other cosmetic and health products. However, that’s only the surface of their business model. In addition to these products, JNJ is a top player in the pharmaceutical industry and produces several OTC and prescription drugs. With several revenue streams, it has been among the most solid performers in the stock market.

Alphabet is the company behind the world’s most famous search engine, Google. This giant has come a long way over the years and diversified its revenue streams by delving into the tech and non-tech sectors. In addition to generating money from digital advertising, it also owns YouTube, the Android operating system, and Google smartphones. The company has also generated revenue from biotechnology, life sciences, and AI technologies, such as driverless cars. With over two dozen subsidiaries, Alphabet has placed itself among the top diversified company stocks in the market.

Walt Disney made its name through Mickey Mouse and other entertainment content for children in the early 19th century. However, it has since expanded into a multinational mass media and entertainment conglomerate with theme parks, resorts, cruises, and studios. The company also owns several franchises, such as Marvel and Star Wars, along with leading TV channels like ESPN and ABC. Walt Disney also dived into the streaming industry with HULU and Disney+ to compete with the likes of Amazon Prime and Netflix.

General Electric is one of the key players on the New York Stock Exchange with a market capitalization of over $111 billion. For stock investors, this conglomerate presents an opportunity to dive into several industries, such as power, aviation, healthcare, renewable energy, and digital, etc., to earn over 800% year-to-date (YTD) gains.

We all know PepsiCo as a food and beverage company that makes some of our favorite sodas. However, the company operates in several related and unrelated domains that most people don’t know about. For instance, PepsiCo currently fully or partially owns Quaker Oats, Gatorade, Tropicana, Gamesa, Rockstar Inc., New Bern Transport Corp, and the North American Coffee Partnership.

Diversified companies are often the go-to options for savvy and experienced stock investors due to their relatively higher prices. However, companies in this category control global markets and trends, meaning they’re more likely to survive and recover from any recession, and promise sustained growth. Plus, the 5 companies on our list are just the tip of the iceberg, as the industry is filled with other giants, such as Samsung, Procter & Gamble, Honeywell, and Berkshire Hathaway, to name a few.