Everything You Need to Know About FAANG Stocks 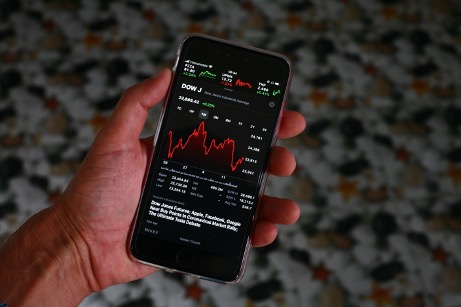 Understanding FAANG Stocks and their Importance in the Stock Market

In the modern business landscape, it’s hard to miss news related to the top companies in the world. If you follow financial or stock trading news, you’ve probably heard of FAANG stocks disrupting the tech industry. If you’re questioning your spelling skills while reading this, don’t! The FAANG we’re talking about is an acronym for the five biggest tech companies in the stock market.
In this post, we’ll talk about the companies that make up this acronym and help you determine whether these stocks are worth investing in today.

What Are FAANG Stocks?

FAANG is an acronym for five of the most prominent companies in the tech sector – Facebook, Amazon, Apple, Netflix, and Google. These globally renowned American corporations make up a sizeable portion of the NASDAQ composite and S&P 500 Index with a combined market capitalization value exceeding $4 trillion. As a result, these blue-chip stocks make a huge chunk of the US stock market itself.

Let’s talk about the five companies that form FAANG in detail:

Facebook (FB) is among the pioneers of the social media movement and currently the owner of the two huge social media platforms – Facebook and Instagram. The company also owns two of the most popular instant messaging services today – WhatsApp and Messenger. As of 2021, the company’s net worth is close to $858 billion, and most of its earnings come from marketing ads they display to users on their platform.

Amazon (AMZN) is currently the world’s largest e-commerce company, with nearly 200 million global subscribers. The company has a marketing capitalization value of around $1.7 trillion which makes it a great investment for potential investors especially considering the company returned close to 500% since 2015.

Apple (AAPL) is among the leading smartphone manufacturers worldwide and the only product manufacturer in FAANG. Its revenue channels include mostly its devices and applications sales. However, the company also earns money through Apple Music, Apple TV, gaming, news, and cloud storage. As of 2021, Apple is the world’s most admired company with a market capitalization of nearly $2.13 trillion.

Netflix (NFLX) was originally a video rental company until it digitally transformed into the world’s most popular on-demand streaming service. Today, it is the leading buyer of movies and television productions worldwide with over 208 million monthly subscribers. During COVID-19, Netflix stocks boomed due to lockdowns and restrictions as people are spending more time at home. Today, the company is worth $125 billion, with stocks selling at $493 a share.

And finally, we have Google (GOOGL), the world’s leading tech conglomerate that earns most of its revenue through ads on its search engine Google, YouTube, and Analytics. However, it also encompasses several consumer products and services, 9 of which boast over a billion active users, especially in Android and cloud computing. Today, the company is worth over $1.5 trillion in market capitalization value, with shares selling at over $2,200.

Should You Invest in FAANG Stocks

The main benefit of buying FAANG stocks is that you get to own shares of some of the most innovative companies in the world. For example, Google products and services go beyond search and YouTube, as the company is also a major player in AI and self-driving technology. Similarly, Apple and Amazon are major players in cloud computing and the Internet of Things.

The only major drawback these companies have is their recurring exposure to regulatory scrutiny. For example, Facebook has been heavily criticized for data security and privacy concerns. Furthermore, Apple is a relatively new player in the streaming industry, with Netflix, HBO, Hulu, and Disney leading the race. Besides, Samsung and other smartphone giants are breathing down its neck in competition.

All five FAANG stocks have something unique to offer for different types of investors. For example, Apple is the only company on the list producing both products and services. Similarly, Amazon owns over 40 successful subsidiaries, including a space program called Blue Origin. Facebook and Google have substantial user data powering their advertisement model. And lastly, Netflix is rapidly adding more original content and exclusive licenses to grow its library. So, the choice is yours, the one you can make after careful evaluation.